There were a lot of developments and events around the ATiny Punk Console and my other sound kits last year. So it's about time to announce the novelties. First I'll start with the 'old' news, in the following part there will be the hot current ones. Let's start with a short video highlighting the ATPC and its range of possibilities.

Big thanks to krautmovies and all helpers for the realisation of this movie!
As you may have seen, a new sound code has been mentioned: the Random Tickr aka Rnd_T. This synth plays with random values on a square wave basis. It can produce huge noise waves or nervous click beeps and rhythms (if you put it in an unstable state as adapted from the Failure Unit code). I have added some additional samples to the sound cloud:

All codes for the ATtiny Punk Console are now open source and can be viewed and downloaded at https://github.com/noisio/ATtiny-Punk-Console. In an upcoming article I will show you an easy way to flash the code onto the chip - so stay tuned.
The Fail_U code has undergone a major revision. You can now choose between two modes when starting. If you switch on the device while pressing the trigger button, you are in the previous initial state with autonomously running arpeggiator. But now the synth waits for clock calls when starting without pressing the button. This can be done with signals from external devices, another ATPC or a simple piezo. The fourth controller (no longer needed for the speed of the arpeggiator) changes the number of arp steps, which gives you nice possibilities for uneven rhythms. Here is an overview of the board and the potentiometer mapping: 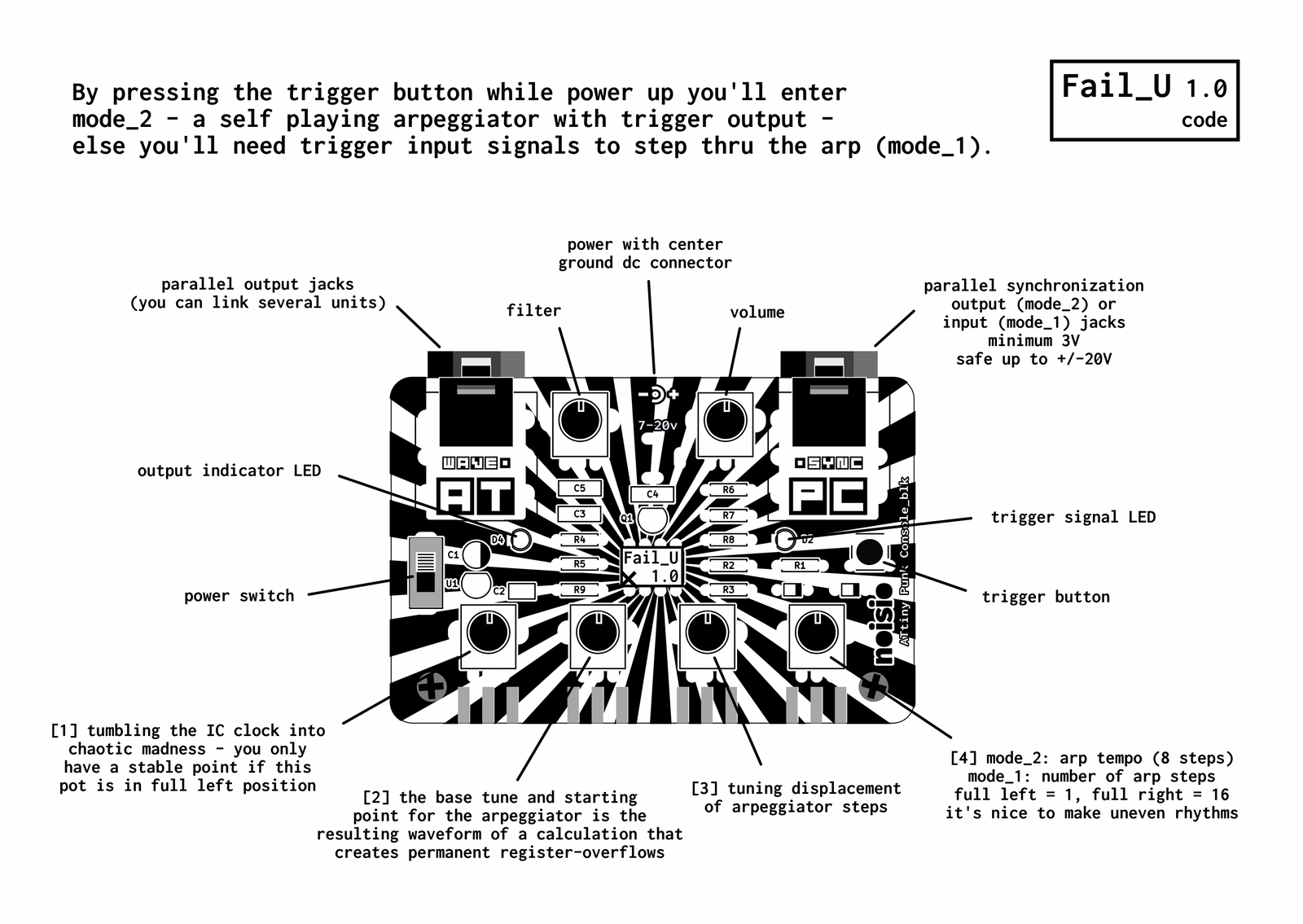 A small change has been made to the circuitry: capacitor C4 (above the IC and the transistor) is now populated with a bigger value for a push in lower frequencies. All new kits are equiped with a 1uF film-cap, older units can be updated.
This was already the first half of the news (the old ones), the newer ones will follow. During the wait you can have a read at Wolfgang Dorningers article on electronic cottage magazine featuring the ATPC. Thanks for that! Soldering is the new hometaping :)